See What These Former Pain Sufferers Think Of Their Treament at Palo Alto SpineMed. 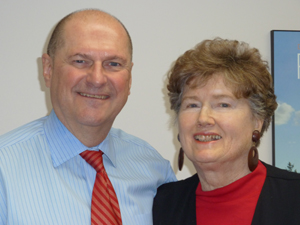 For years I had been suffering with disc related sciatica. I tried all kinds of pain medications and injections which only gave me temporary relief and as the pain continued to get worse I knew I needed to take a different approach.


I had read several articles on spinal decompression therapy and it seemed like a very logical solution to my spinal problems. I made an appointment with Dr. Fulanovich and after an in depth consultation, examination and MRI he determined that I was a good candidate for the SpineMED decompression protocol.


I was amazed that after just a few treatments I had significant pain relief and was able to discontinue pain medication. All this healing without surgery or extensive physical therapy! I feel like I have my life back. My only regret is that I didn't do this sooner. 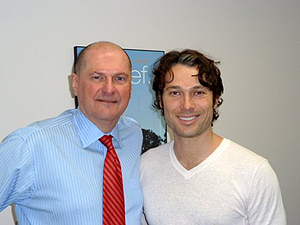 I was diagnosed with an 8 mm disc herniation at L-4 in August of 2005. I had excruciating pain down my left leg and was told that I should consider immediate surgery. I spoke to my brother, who is a doctor and he advised me to try spinal decompression on the SpineMed Table before a risky operation.


I couldn't find anyone in Utah using this technology. Fortunately, my parents live in Cupertino, close to Palo Alto SpineMED and Dr. Fulanovich, so I made the trip for treatment.

After 2 weeks, I was sleeping without pain and beginning to notice significant improvement in my daily pain levels, an increase in mobility and flexibilty and started to see the light at the end of the tunnel.


Having finished the treatment 2 weeks later, I was pain free and excited about the possibility of getting back to skiing and mountain biking again. I still continue to notice improvement on a daily basis and highly recommend this treatment for anyone with a herniated disc.

I was diagnosed with 2 herniated discs in my lower back and was unable to walk much longer than 20 minutes without my legs going numb. I also had sciatica that was very painful. I had epidural injections and took medications that only gave me temporary relief.


After 3 weeks of treatment on the SpineMED Table, I walked through North Beach, Chinatown and Union Square for nearly four and a half hours without pain or numbness !!!


Needless to say, I'm quite happy with the results and would highly recommend this type of treatment to anyone. SpineMed ROCKS !!!


The staff at Palo Alto SpineMED was helpful and encouraging, but most importantly, my goals and objectives were met. I'm pain free, my numbness is gone and I'm active again !!!

I had a 25 year history of chronic low back pain that turned into an episode of severe back pain and sciatica that went unresolved.

An MRI showed disc bulging, degenerative discs and mild central canal stenosis that was impinging the nerve roots at L-4,5 and L-5, S-1.

It took about two weeks before I was convinced that the treatment on the SpineMed Table was going to be worthwhile and I started to feel the improvement.

Now, I am relatively pain free with the exception of some occasional mild stiffness in the morning that clears up after I've moved around a bit. This also continues to improve.


Disc decompression has worked better than anything I've tried before and I certainly recommend it to anyone with similar problems. 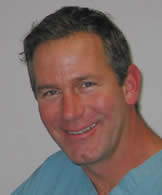 I had an eight year history of chronic low back pain and sciatica. MRI revealed a disc bulge that was impinging a nerve root. I felt immediate relief after my first session of spinal decompression on the SpineMed Table. This progress continued to build following subsequent treatments and I was pain free after two weeks !! This technology is amazingly comfortable and painless. During most of my treatment sessions I was so relaxed that I usually dozed off. I would highly recommend it to anyone with a disc problem, sciatica or chronic low back pain, and especially if spinal disc surgery has been recommended. 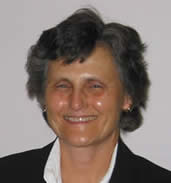 I've had chonic back pain and sciatica for years, which for the most part has been managed with chiropractic treatment and exercise.

Last August, I aggravated my lower back and went into the most severe episode of pain and sciatica that I'd ever had. On a scale of 1 to 10, it was a 10 ! Chiropractic helped somewhat, but this was different.


I had an MRI that showed a large disc bulge at L-4 with moderate spinal canal and foraminal stenosis.

I began spinal decompression on the SpineMed Table and after 1 week I was feeling better than ever. I had one or two mild flareups during treatment, but when I finished the protocol, I was pain free and have continued to remain that way.


I'd highly recommend this treatment to anyone with a lower back or disc problem who wants to avoid injections, epidurals or a surgical procedure.

I had chronic back pain and sciatica that was caused by one herniated and two bulging discs in my lower back. The pain was so bad that it would wake me in the middle of the night. Nothing I did helped.


The pain affected my busy lifestyle and kept me from dancing and working out.

It took about 3 weeks on the SpineMED Table before my nights got better and I could finally get some pain free rest.

It's been 3 months since I completed the treatment and I'm continuing to do really well !

The treatment was painless and I'm really glad I did it. I'd recommend it to anyone with a disc problem and especially sciatica and low back pain.

Always ready to assist you

If you or a loved one suffer from chronic pain contact our office at 650-328-2104 today for a consultation with our doctor. We can help if its a simple pain in the neck or a herniated disc that is causing pain in the legs or lower chronic back pain. With our advanced treatments we can put together a plan of action to relive your pain.

Our 3D Patient Education Center will help educate you on the causes of neck and back pain. It also offers 3D animation of the human spine and procedures available to you to reduce or alleviate your pain.